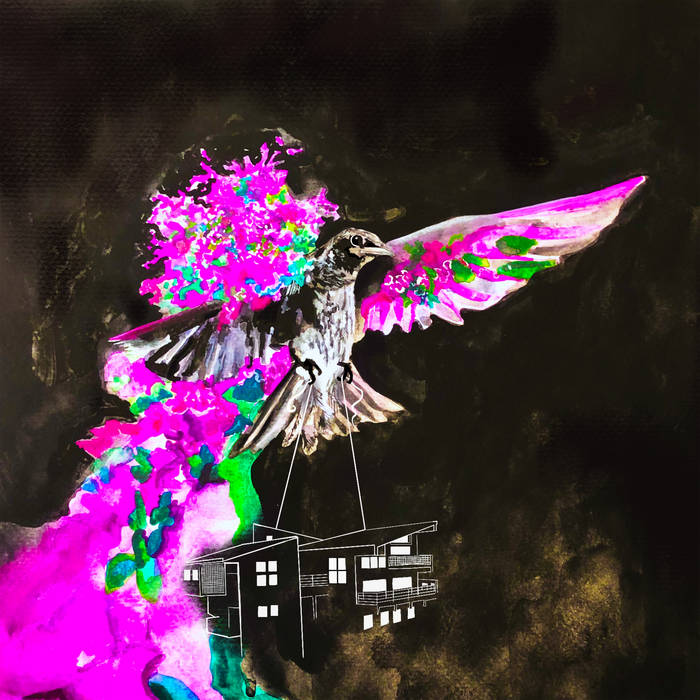 ...which enables us to fly is a two track digital release from yMusic consisting of a 20-minute work by Marcos Balter and a 30-minute long film about the creation of the work.

In 2015, the chamber ensemble yMusic conceived of a collaborative dance project with New York Live Arts, choreographer Bill T. Jones' "internationally recognized destination for innovative movement-based artistry.” For this project, and in response to a prompt by Jones himself, composer Marcos Balter penned a sonic exploration of the concept of ‘home’ which was choreographed by two different artists, the august Bill T Jones and the ebullient Dianne McIntyre, both living legends.

The first track of this release is an audio recording of Marcos Balter's complete score. The second track contains the film, which details the creation and performance of the piece, including Bill T. Jones coming out of retirement to dance for the first time in public in 9 years.

The record is available exclusively through New Amsterdam’s Bandcamp subscription as part of the Windmill Series, a digitally-focused set of releases for subscribers in addition to our existing release schedule. Subscribe today to receive the album which will be released on all other platforms on July 12, 2019.

About yMusic:
yMusic, "six contemporary classical polymaths who playfully overstep the boundaries of musical genres,” (The New Yorker) performs in concert halls, arenas and clubs around the world. Founded in New York City in 2008, yMusic believes in presenting excellent, emotionally communicative music, regardless of style or idiom. “One of the groups that has really helped to shape the future of classical music,” (Fred Child, NPR’s Performance Today) their virtuosic execution and unique configuration (string trio, flute, clarinet, and trumpet) has attracted the attention of high profile collaborators—from Paul Simon to Bill T. Jones to Ben Folds—and inspired original works by some of today’s foremost composers, including Nico Muhly, Missy Mazzoli and Andrew Norman.

Recent season highlights include a collaborative album release with The Staves on Nonesuch Records, a recording of "God Only Knows" with John Legend for the Grammy Awards, and summer appearances at the Sarasota Music Festival and Caramoor Center for Music and the Arts. Additionally, the group embarked on an interdisciplinary residency at USC's schools of music and dance, and served as ensemble-in-residence at Florida State University and University of Wisconsin-Eau Claire. In 2018, yMusic was featured on Paul Simon's Homeward Bound: The Farewell Tour, performing in arenas, amphitheaters, and outdoor festivals across the globe.

To date, yMusic has released three full-length solo albums: 2017’s First, 2014’s Balance Problems, and 2011’s Beautiful Mechanical, Time Out New York’s “#1 Classical Record of the Year.” In addition to performing their own repertoire, yMusic serves as a ready-made collaborative unit for bands and songwriters, and has lent its distinctive sound to dozens of albums, most recently In The Blue Light by Paul Simon, with whom the group appeared on Saturday Night Live.

About Marcos Balter:
Praised by The Chicago Tribune as "minutely crafted" and "utterly lovely," The New York Times as "whimsical" and "surreal," and The Washington Post as "dark and deeply poetic," the music of composer Marcos Balter (b.1974, Rio de Janeiro, Brazil) is at once emotionally visceral and intellectually complex, primarily rooted in experimental manipulations of timbre and hyper-dramatization of live performance.

Track 1: We Carry Our Homes Within Us
Composed by: Marcos Balter

Track 2: Which Enables Us To Fly (documentary)
Directed by Meade Bernard
Produced by Nadia Sirota and yMusic

Special Thanks to Tommy Kriegsmann and Geoff Bartakovics

Khruangbin and Greg Foat stop by with their amazing new LPs.